Today is our wedding anniversary, 17 years of married mayhem!

I probably don’t mention John as often as I should in my blog.

He is an absolutely vital part of our team of three! And I know this is a cliché but has been a rock during the whirlwind our life has been since Zach’s birth.

I may be perceived as a strong person but I have had many wobbles since our first concerns about Zach and autism. I initially found being different very difficult. I think the main reason for that was that I didn’t want people to judge Zach, or stare at him or think that his behaviour was odd. For that matter I didn’t want people to judge us or stare at us, I don’t think I especially minded if they thought I was odd.

I felt isolated and lonely and very sad. We tried so many different things to help Zach and his autism and none of them worked because there is no such thing as a magic wand. I went along to support groups and tried to meet people in a similar situation to us but I still felt the same.

I started to have panic attacks which were usually about what might happen, rather than what had happened, because when it did happen it really wasn’t that bad but my head and heart were in a bad and sad place. It wasn’t the life we had expected, and it was very hard to change our expectations, to hear what other peoples children were doing, and what they were doing, that we were unable to do.

We had a break planned to my parents in Spain. We had to set off at some horribly early hour and drive down to Gatwick where we had booked a carpark which was miles away from the airport. We had to get a bus to the airport which made me feel travel sick and by the time we actually got off the bus I could feel the panic bubbling away, getting worse and worse. As we approached the check in desk I pleaded with John that we went home but he obviously wanted to go on holiday. Whilst waiting in the queue to check in I passed out, I think that is the first and last time I passed out due to anxiety (I am not complaining, it was more than enough) We got to Spain and I spent the entire week on the verge of melt down, Zach was happy and cheerful and if I was worried about him coping with the change of environment it was a wasted worry!

Eventually my fear of having a panic attack meant that I became terrified to leave the house. How John managed I will never know. He worked full time,  did all the shopping and took Zach to playgroup every day and picked him up. He took Zach to all his appointments with Doctors and speech and language therapists whilst I stayed at home a quivering wreck.

John did this for about a year until I felt strong enough to start going out and about again. Anywhere that we went the agreement was, that if I needed to go home we would and I think that the knowledge that I knew John meant this allowed me to become more confident over time.

For the next few years I would occasionally have a wobble when times were extra tough (I can’t just say tough as times are certainly always that!) and eventually despite the cost being £125 an hour John sent me off for Cognitive Behavioural Therapy and since then I am happy to say that although I do on occasion feel pretty desperate about things I don’t have the awful sense of foreboding that you have with anxiety attacks.

Although I am far removed from the person I used to be before autism entered our life, when it comes to being Zach’s advocate I am back to being confident and self assured and will battle on until I am the last (wo) man standing if need be.

John and I are both very different from the people we were when we met, our lives have changed beyond all recognition. We all expect our lives to change when we have children but when you have a child who has autism or another disability your world becomes much smaller. People blame the autism but it is often inability to accept the autism which has limited a number of relationships and only the very good friends remain.

Our anniversary today has been as our whole life is, unconventional! I called into see my parents with a great big bunch of flowers as they have been married for 67 years which makes our 17 sound like a walk in the park! and then we went to do some jobs at Zach’s new base. We shared a Waitrose sandwich for lunch. While I am typing this, John is vacuuming  a trail of granola up which Zach has spread around the house. 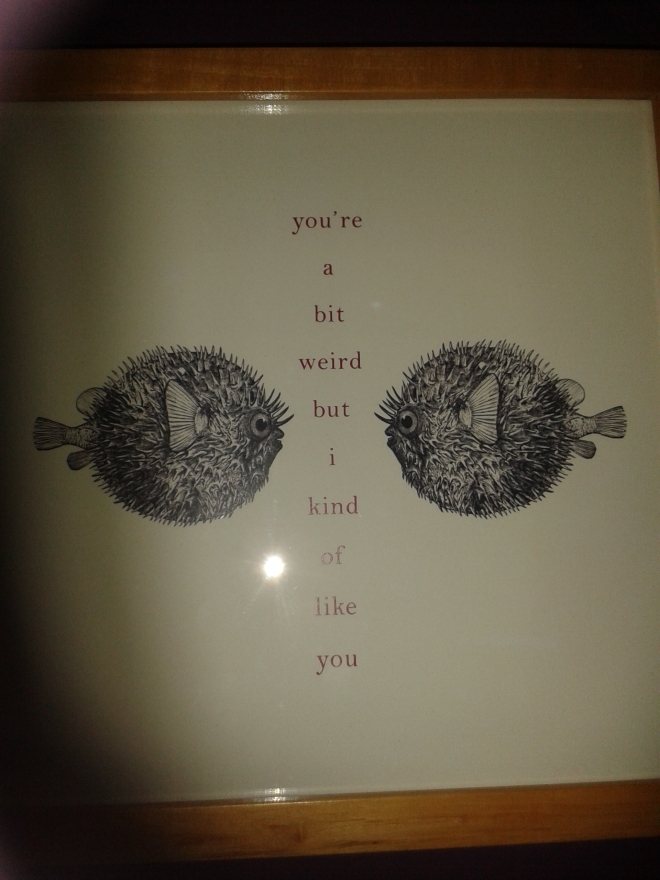 The reason for this blog post is to say that although today wasn’t special, we didn’t do anything remarkable to mark the day I know I am very lucky. John is a great husband and a brilliant father. Zach and I are both very lucky to be on his team 🙂

Happy Anniversary John, we love you.

2 thoughts on “The Wonderful Mr Saysell”