Six weeks ago today I was in recovery following surgery to my right ankle. Ironically I had fallen off my bike after skidding on mud on the way to be first aider at Mudlarks River Swim.

I feel that I have learned a lot in these six weeks, much I have learned is valuable but I think it would have been easier to learn in a less painful and inconvenient way.

One of the very first things I noticed was that I really did not like being the patient. Most of us find asking for things difficult and consequently in hospital I tried to ask for as little as possible, about the only thing I asked for was to use the toilet. Depending on the nurse I sometimes felt as though I shouldn’t have asked for that!

Most of the staff I encountered were lovely and kind. Its a long time since I worked in a hospital setting and even longer since I worked on a ward and I certainly don’t envy them. Twelve hour mixed shifts meaning they could do a couple of days, then a night or two with one day off then back on days! That can’t be good for anyone both mentally and physically. I haven’t done nights since 1998 and I wouldn’t want to do even one for a large sum of money! They used to exhaust me, I couldn’t sleep in the daytime, I couldn’t eat in the night time….consequently they were great for weight loss but that was about all.

I observed the nursing staff keenly, it was interesting as a nurse for over 25 years to see the difference their personalities, tone of voice and expressions made myself, and other patients feel. I knew which nurses I hoped I was like and the couple I really hoped I wasn’t!

Nursing has changed a lot, it was all about the importance of the activities of daily living when I started out, eating, sleeping, personal hygiene etc. On my third day in hospital a Sister asked me if I wanted a bowl so I could have a wash, I hadn’t been offered this by the nursing staff before so responded with a yes please! That was the last I saw of the Sister…. Fortunately John, Laura and April had been visiting so made sure I got a wash and to clean my teeth but what about the elderly patients and people with speech and memory problems and no visitors? It was a shock to me that things have changed so much.I

t was great to get home and to see Zach. I had been anxious about how Zach would respond to my leg being in a cast and me being pretty much immobile but he has done so well and been incredibly patient with me. For the first four weeks I couldn’t get up our stairs and a friend had very kindly lent us a single bed which was in our lounge. Zach was so excited the first time I got upstairs (on my hands and knees) and that a little normality had returned.

John, Laura and April have been absolutely amazing since my accident, as have Beam. Laura and April immediately increased their overnights with Zach to give John a break. Zach has been having a great time with them. 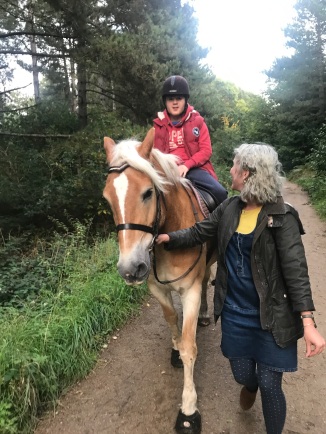 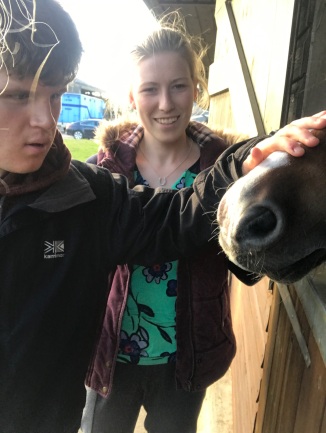 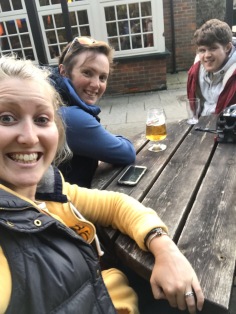 He has been to see tribute acts, The Carpenters and ELO and last night saw the real Beautiful South, he has enjoyed going for a drink at the local pub (soda and blackcurrant), pub meals, trips to the supermarket (always a favourite) and has adapted really well to extra nights. John has been working full time, doing almost all of the caring for Zach and looking after me and he looks worn out, I am hoping once I am back to full strength he can take some time out.

Knowing how much pressure John has been under both at work and at home I have tried to minimise what I have asked for. Before I could get upstairs he was responsible for bringing my clothes down and I didn’t feel I could complain at the strange assortments that appeared. I only asked for the bare essentials and sometimes not even them and I am guessing that this is what people who are dependent on others feel like, guilt for asking and not really too sure about they get sometimes as it wasn’t what they asked for at all. Despite trying to ask for things in an undemanding way…would you mind, when you have a minute I could tell that John was understandably tired out and probably did mind and felt that he didn’t have a minute at all!

We have steps up to our house so I wasn’t able to go out unless there was someone else with me who had the time to help. I have spent the majority of the last six weeks in the house as a result and it has certainly made me have an understanding of how adults and young people who have disability and have to wait for someone to take them out feel. For me it has only been six weeks but I have missed events I wanted to go to, beautiful Autumn weather which I would have loved to be out in and my liberty.

Liberty should be a human right but it isn’t, there are people whose only crime is to be disabled who rarely leave where they live and the frustration they must feel can only be imagined, no wonder there are unwanted behaviours which are often not linked to the fact that they have so little choice in their lives.

I have spent six weeks making things to sell for Mudlarks at Christmas and have had lots of friends visit and take me out but I have known that soon (fingers crossed) I will be able to please myself again when I go out and where I go. Those of us who have choice are very lucky. 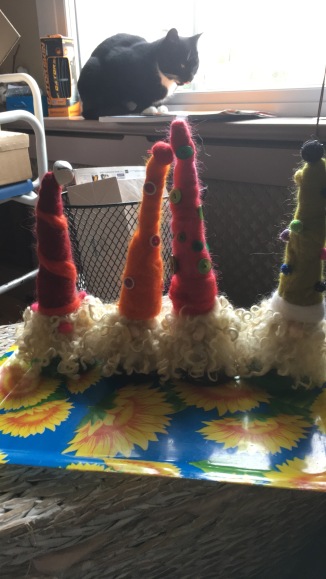 Today I have had my purple cast removed, my skin is shrivelled but my gorgeous friend gave me a very expensive voucher which will get me a few pedicures which will cure the problem.

My surgical wound has healed and the wound where the bone almost popped through is healing nicely. I am allowed to weight bear 20/30% on my bad leg and the wonderful scooter which my friend Jane suggested has been packed up and returned.