I’ve been quiet for a while, there seems to have been a lot going on.

We had a bumpy few weeks when Zach first moved into Water Lane House, but thank fully he seems to have settled in now. He has two new Beam team members, Poonam and Enrico and he seems very happy that they have joined thezachproject.

A couple of weeks ago we received the good news that Health had agreed to part fund Zach’s support. The news came after 14 months of form filling and chasing the elusive funding for young adults with severe autism which is Continuing Health Care!

Before we started the process I was sure that Zach met the criteria so I pushed to have the assessment done. I am very pleased that despite occasionally feeling like I was having my teeth pulled we pursued it.

Zach is the first young person with autism and complex needs who is not in a hospital setting in Hertfordshire to receive Continuing Health Care funding and it feels like a real victory, not just for Zach but for all the other young people in a similar situation who will hopefully now be able to use Zach’s funding as ‘case history’.

I spoke to Zach’s Learning Disability Nurse, Faith last Thursday and she was thrilled that we managed to secure Continuing Health Care for Zach, we are very grateful for all the work she and Beam did to help us secure it.

Hertfordshire social services are going to meet to plan how this could help bring people similar to Zach, who have been placed out of County back to be closer to their homes and families.

The manager of Beam, the CEO and I met with a Commissioner from Hertfordshire to discuss commissioning Beam in Herts. It was a strange meeting! We had been asked to meet but there didn’t seem to be an agenda. Anyway it was interesting to hear what the Commissioning teams in Herts are concentrating on at the present time.

The Transforming Care Commissioning team are working on bringing people who have been placed in long term out of county and in county hospital placements back to the community. My thoughts are if the commissioning team and social services got together they might see that there is a way to stop people being sent to these last resort places in the first place! Although I understand that bringing people back into county is a very good thing, I think there should be a dual strand of work being done to prevent further people being sent the same way…..who would then need to be brought back into county….and so on and so on!

My personal opinion is that all commissioning teams should be fully aware of the Transforming Care agenda and working towards that so they are always moving the young people forward rather go back to go forward…does that only make sense to me?

Empowering individuals – giving people with learning disabilities and/or autism, and their families, more choice and say in the care and support they receive.

When we talked to the Commissioner at the meeting it was clear that if Beam become commissioned in Herts they would be another service provider, a name along with all the other names of companies who provide support. What social workers and commissioners would see is that they are a little bit more expensive than other providers and so they would not usually be their first choice of provider.

In our experience when the wrong agency is commissioned to provide support things can go horribly wrong and before you know it the whole family is hanging over that very steep cliff edge again with the agency having pulled out because the workers they provide do not have the knowledge or expertise to support someone with complex needs.

This is so important and Beam absolutely do this for Zach! – Getting the right care in the right place – ensuring that people are receiving high quality care and support, with a focus on supporting people in their local communities.

This may sound like a party political broadcast (and there are more than enough of those at the moment!) for Beam but I feel so strongly about what happens to all young people who have severe autism and complex needs who fall through the net time and time again and do not get the chance to have high quality support so do not meet their full potential and are therefore unable to have a rich and fulfilling life. 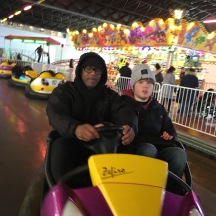 Ambitious about Autism have had their college ‘Ambitious College’ officially opened by the Minister for Vulnerable Children and Families, Edward Timpson MP. It is great that the dream parents at Treehouse School had has now come into fruition.

I along with many other parents at Treehouse School thought that this would be where Zach finished his official education. It is hard not to feel let down by the charity and organisation when I see press articles suggesting that Ambitious about Autism are ambitious about ALL young people with complex needs and autism. Last year when Zach left Treehouse School he was not the only student who was refused a place at the college the charity had opened and that we as an extended family had contributed money towards. John’s sister Caroline had a big party for her 50th birthday and rather than have presents for herself she asked for donations to Ambitious about Autism to go towards the college where she thought her nephew was going! I am absolutely sure many other families also contributed to make sure the college was a reality too.

Despite my disappointment at Ambitious about Autism no longer being a charity for the most severe and complex people who have autism it is great that London now has a college. I hope that the students who attend are happy and learning.

For Zach I think that not being accepted by the college was a good thing, at the time it certainly didn’t feel like it but he could not be in a better place and with a more committed team than he is! Go Beam and Zachie 🙂 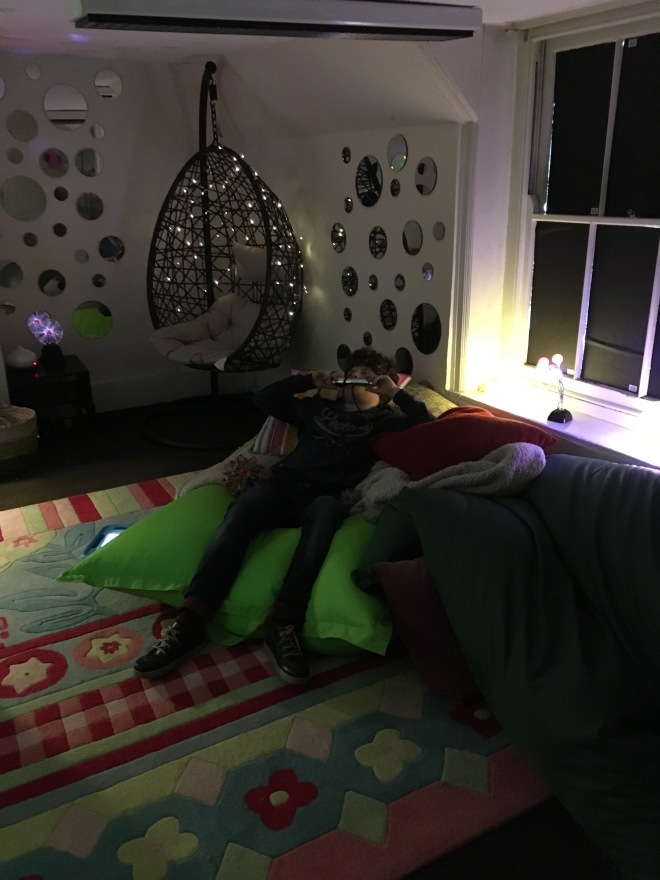