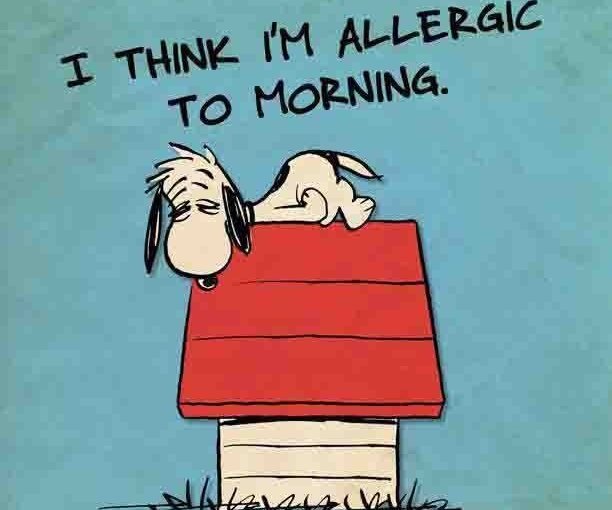 It doesn’t involve any direct physical harm so it’s often seen as one of the more ‘acceptable’ forms of torture. It leaves no scars, at least physical ones, and in recent years it has become one of the  preferred  methods of “torture lite” by regimes who claim to respect international law and human rights.

Keeping someone awake for hours or even days at a time is a highly effective way to ‘break the will’ of a prisoner, causing a whole range of undesirable ill effects from cognitive impairment, psychosis, breaking down the immune system and even causing heart defects and cardiovascular disease.

What are these paragraphs referring to? Sleep deprivation! Most of us have at some time in our lives suffered with insomnia or been kept awake by something which is happening in our lives, be it the birth of a child or a close family member being unwell or us, ourselves going through some personal trauma which keeps us awake at night.

We do expect sleepless nights when our children are young, babies and toddlers wake regularly through the night looking for food and/or reassurance. We usually give them a feed and a cuddle, maybe play some gentle music and they drop off back to sleep, plus when they are very young many of us can sleep when they sleep during the day.

I am certainly not saying it is easy when this happens, you spend days feeling like a zombie, wandering around feeling as though you are existing in a twilight zone. You go through the motions required to get to the end of the day.

Over the last week I have heard from a number of friends who have a young person who has autism who are feeling the effects of severe sleep deprivation. Their child isn’t a few months old or even a few years old they are in their late teens and early twenties and this sleep deprivation has lasted since they were born. The reason I heard from them is because they were unable to do something we had arranged or go somewhere because they just felt too exhausted.

Zach goes through long periods of not sleeping and even when he does sleep, he is a hugely restless sleeper, thrashing about, throwing covers off and bed hopping. I guess the bed hopping is a bit like hot desk-ing, nobody wakes up in the bed they started in. It is a very disorientating way to sleep, and the quality of all our sleep is very poor.

Recently I found myself in the back bedroom where there are two single beds, Zach was in one and I was in the other, having had a couple of moves earlier in the night. I had finally nodded off to sleep to be woken up by the quilt being whipped off me! Zach had obviously lost his due to his frantic sleeping and grabbed the one on the other bed.

It is difficult to plan and commit to things when you have a young person who struggles to sleep. An evening out which finishes at midnight and involves you having a few alcoholic drinks can be a massive mistake when you get woken up at 02.00am by your child who isn’t going to go back to sleep! Most parents expect their social life to resume once their children reach a certain age, most parents who have a child with autism don’t have anything which resembles a ‘normal’ social life and it is only the most loyal and best of friends who continue to invite you to social occasions despite you having accepted and not turned up for the last 19 years!

I have had sips of alcohol since Zach was born but I have never even had a whole glass of wine or a tasty gin and tonic because the idea of a hangover and sleep deprivation makes me realise staying sober is the only option. I am sure many of my old friends who haven’t seen me for a while will find this hard to believe. I was something of a party animal in my formative years, I partied long and hard and I am glad I did because I daren’t now!

The other thing parents have to do is work! People make allowances for new parents who are yawning as a result of sleep deprivation but someone who looks permanently tired,  has poor health and low attendance at work for years will naturally be overlooked for the plum jobs and promotion.

Tiredness causes people to be snappy and cross about things which wouldn’t normally bother them. It causes arguments and fraught relationships and is probably a big factor in the high divorce rates of couples who have disabled children. It also affects our ability to function as a normal human being, eating well and exercising! Both of which are very important for our physical and mental health.

I do notice John and I competing for the most tired award (I’m not sure what the award actually is, it might be worth doing if it was a weeks sleep!) . We will ask one another how they slept and the answer is usually ‘not great’ followed by a brief outline of what happened to disturb vital sleep. We often then remark that we heard the other one snoring! As if to suggest that John was asleep, or I was asleep so therefore one or other of us must win the prize for the most tired! (I am quite embarrassed to be admitting to this)

For months in the summer Zach was waking at 04.00hrs, he would appear next to our bed smiling. He was usually very good humoured which meant that I tried to be but I really found it hard to be equally cheerful when all I wanted/needed was sleep. I am sure you are reading this and thinking of a variety of things which have helped you sleep and I can assure you we have tried them all.

I am back to Meletonin, a brief explanation from Wikipedia- Melatonin has shown promise in treating sleep-wake cycle disorders in children with underlying neurodevelopment difficulties.[8][9 and a sprinkling of lavender oil on the bedding at the moment, however all these things are only effective for a limited period of time so we know that although we are having a bit more sleep at the moment it will come to an abrupt and nasty end.

Many parents notice that when the moon is full their young person with autism sleeps even less! Many people with autism have gut problems, one of these problems being gut parasites.

The full moon causes changes in behaviour because that’s when parasites eggs hatch and that causes changes in children’s behaviors. Vets will treat animals for parasites during a full moon because it’s  the best time to be the most effective.  Lots of parasites hatching will cause discomfort and behaviour change in anyone.  Imagine being non verbal so you can’t tell anyone what’s happening. Parasites can live anywhere from the brain to the organs to the gut.

The treatment for gut parasites is varied from strong antibiotics to black walnut and wormwood. Parasites also hate pumpkin seeds so it is worth adding these to a smoothie or a shake.

Sorry this isn’t light hearted or even about thezachproject but having received an email from a Mother of a 19 year old man who has severe autism which was written at 03.00hrs because it was the only time she got the chance, had messages from another mother who felt like a zombie as a result of nights of no sleep until 04.00hrs for a number of nights and another friend who is feeling completely unable to cope with life as a result of sleep deprivation.

Autism is an incredibly complex condition and interrupted sleep patterns are part of the condition. It does feel like torture. So this evening, as we do every evening,  John and I will go to bed when Zach goes to bed! (Usually 21.00hrs!)

One thought on “Sleep…or lack of!”